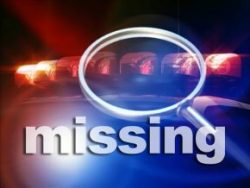 Several of our readers reported tonight that a police helicopter was flying overhead while broadcasting a message about a missing girl. That girl is Kimberly Del Villar, who is only 12-years old. She was last seen by her siblings on Friday near Garfield Elementary School, according to the O.C. Register.

The good news is that Kimberly was found tonight at about 8 p.m. near the area of E. 4th Street and N. Grand Avenue, not far from Our Lady of Guadalupe Church, and returned safely to her family, according to the SAPD.

Kimberly’s told the police that Kimberly would occasionally go missing, but that she’s never been gone for more than a day.

Kimberly is Hispanic, with black hair and brown eyes, who is about 5-foot-2 and weighs about 100 pounds, and was last seen wearing a gray hooded sweatshirt and blue jeans.

« Did Sarmiento vote for the Sanctuary City ordinance in order to protect his own family’s interests?
OCFA firefighters battled two residential fires in Santa Ana yesterday »