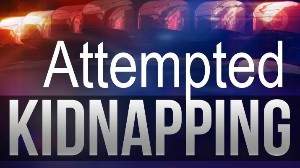 An unidentified man tried to kidnap two women in separate incidents in Westminster earlier this week according to the Westminster Police Dept.

The man, described as 30 to 50 years old and driving an early 2000’s white Chevrolet Suburban, saw the two women near Hoover Street and Garden Grove Boulevard. This happened north of the 22 Freeway just West of Beach Blvd.

One of the women was able to run away as the man stopped and got out of his SUV.

A second woman was then spotted by the suspect but she was not able to get away. He grabbed her and put her in the passenger seat of his vehicle. Fortunately she was able to escape and get away before he drove off.

The incident happened on Wednesday at about 6 p.m.

The women said that the suspect’s SUV was damaged on the front and had a tow hitch.

The women did not know each other. They just happened to be in the same area when the suspect initiated contact.

The Westminster Police Department asks that anyone with information about the suspect to call them at 714-548-3212. Anonymous tips can be submitted at 1-855-TIP-OCCS.