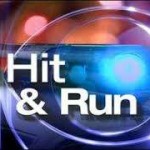 On 08/17/16 at 12:10 am, an SAPD K-9 officer was driving northbound in the 2400 block of South Bristol Street when he was flagged down by witnesses of a hit and run traffic collision. They directed the officer to a female pedestrian that was lying in the street. The pedestrian was unresponsive. The witnesses indicated that a silver SUV or minivan was northbound in the #1 lane of Bristol Street in front of them when it struck the pedestrian. The vehicle never slowed and continued to the red light at Warner Avenue. Once the red left turn arrow turned to green, the silver vehicle fled the scene westbound on Warner and out of sight.

OCFA responded to the scene and the pedestrian was transported by ambulance to a nearby hospital in grave condition. She was pronounced deceased shortly after arriving at the hospital.

The witnesses were unable to get a description of the involved driver. They estimated the speed of the silver vehicle to be approximately 35-40 MPH. The silver vehicle should have significant damage to the front end from the impact.

The collision is currently under investigation by the Santa Ana Police Department – Collision Investigation Unit. Witnesses or persons with information regarding details of this incident are urged to contact Investigator Lauré Bao at (714) 245-8214.

One thought on “A homeless woman was killed by a hit and run driver this morning on S. Bristol St.”