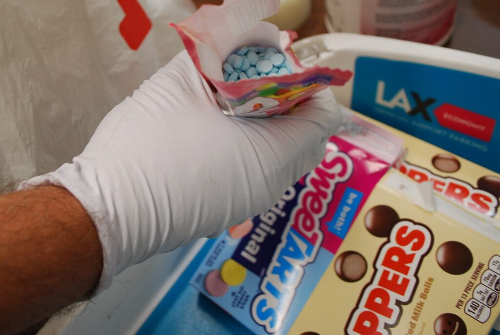 The suspect attempted to go through TSA screening with several bags of candy and miscellaneous snacks with the intent of boarding a plane. However, it was discovered that inside the “Sweetarts”, “Skittles”, and “Whoppers” candy boxes were fentanyl pills and not candy. The suspect fled prior to being detained by law enforcement but has been identified and the investigation is on-going.

With Halloween approaching, parents need to make sure they are checking their kids candy and not allowing them to eat anything until it has been inspected by them. If you find anything in candy boxes that you believe might be narcotics, do not touch it and immediately notify your local law enforcement agency.