What led to today’s fatal shooting by SAPD officers 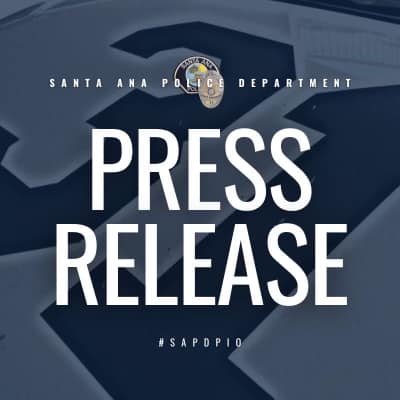 On Wednesday, November 16, 2022, at 2:05 PM, officers in a marked Santa Ana Police unit conducted a traffic stop at 100 S. McClay Street of a vehicle occupied by three male adults. During the traffic stop, officers encountered a subject armed with a handgun and an officer-involved shooting occurred. The suspect sustained gunshot wounds to his upper torso. Orange County Fire Authority treated and transported the suspect to a local trauma center where he was pronounced deceased. The other two occupants and officers were not injured. The identification of the decedent is pending notification by the Orange County Coroner’s office.

Detectives recovered a firearm at the scene. As with all officer-involved shootings, an investigative team consisting of SAPD Homicide Detectives, Investigators from the Orange County District Attorney’s Office and the SAPD Internal Affairs Division responded to investigate.

Will Mayor Vicente Sarmiento’s sister sue the SAPD for this shooting too?