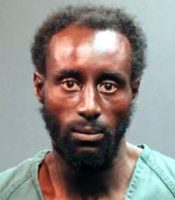 SANTA ANA, Calif. – A transient man was sentenced today to nine years in state prison for attacking and critically injuring an 83-year-old man. Demarrea Chante Barnes, 29, pleaded guilty Feb. 4, 2016, to one felony count of assault with force likely to produce great bodily injury, one felony count of elder and dependent adult abuse, a sentencing enhancement for great bodily injury, and three state prison priors for drug possession in 2005 and 2008, and assault on a peace officer with injury in 2012.

At approximately 6:00 a.m. on Sept. 25, 2015, John Doe, 83, drove to a strip mall on West Edinger Street in Santa Ana to get his daily newspaper and coffee. As John Doe was walking in the parking lot to the coffee shop, Barnes attacked the victim, punched him in the face and knocked the victim to the ground. The defendant kicked John Doe multiple times and then fled the scene.

The critically injured victim was transported to a local hospital and treated for broken facial bones and a brain hemorrhage.

The Santa Ana Police Department investigated this case and released a surveillance tape depicting part of the attack. Barnes was identified and arrested the next day, Sept. 26, 2015.

At the sentencing today, the victim’s son delivered an impact statement on behalf of his family to the court pursuant to Marsy’s Law. He advised the court of his father’s current condition describing how he must use a walker to get around when prior to the incident, he was able to ride a bicycle. He told the court about how his father has lost use of his eye which doctors are attempting to save and how his father is fearful to go anywhere without being accompanied.