On Monday, July 24, 2017, at approximately 8:30 p.m., the suspect enters the Jack in the Box located at 820 N. Harbor Blvd., brandishes a handgun, and hands a note to the employee demanding money. The victim handed the suspect cash. The suspect was last seen running from the location.

Jack in the Box is the third robbery of fast food restaurants in the last seven days that occurred on Harbor Blvd (1st – 101 S. Harbor Blvd. – El Pollo Loco and 2nd – 666 S. Harbor Blvd. – McDonald’s). The suspect is believed to be the same suspect in robberies throughout Orange County. 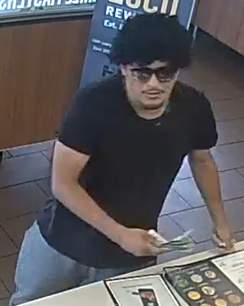 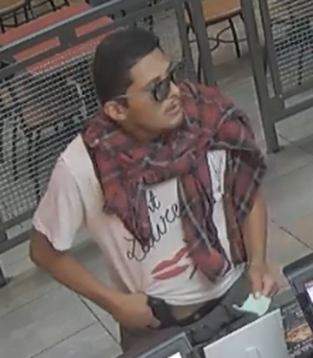 Last seen wearing: white t-shirt, gray sweatpants and a red flannel shirt around his neck. Suspect was armed with a black handgun.

Those with similar cases or additional information are asked to contact: Detective Greaver at (714) 245-8362, email Dgreaver@santa-ana.org or Orange County Crime Stoppers at 1-855-TIP-OCCS.