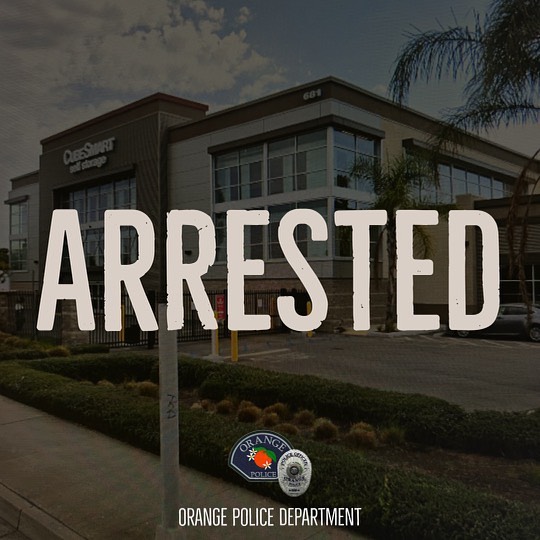 Early this morning, just before 5:00 a.m., Orange Police graveyard officers were proactively conducting a foot beat in the 600 block of S. Tustin Street. The officers interrupted a commercial burglary of a storage unit.

The suspect, later identified as Juan Carlos Soto (born on 7-23-88), fled westbound onto the green belt along the 22 freeway.

The officers detained Soto at Glassell and the 22 freeway.

Soto left behind property found at the location including bolt cutters.

Soto, who has prior felony convictions, was arrested for commercial burglary and transported to OPD.