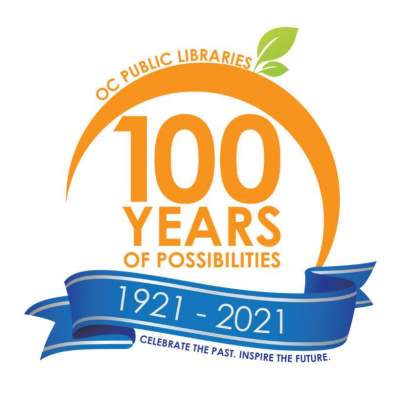 SANTA ANA, Calif. – On November 16, 2021, the Orange County Board of Supervisors approved to indefinitely eliminate library late fines. Beginning November 23, OC Public Libraries will take its 100 years of service in a new direction by removing late fines for overdue items.

“Public libraries play an essential role in providing safe, accessible, and free educational resources for every member in our community,” said Chairman Andrew Do, First District Supervisor. “Eliminating late fines will incentivize residents to take advantage of county library resources once again and not be hesitant to take a book home during their next visit.”

In the past, OC Public Libraries has offered systemwide special fine-free events inviting patrons to return to the library. OC Public Libraries wishes to reflect its vision of ‘Open Doors, Free Access and Community’ and welcome back patrons that have refrained from coming to the library due to outstanding fines. The implementation of a late fine-free library system positively impacts the continued use of community libraries and offers library patrons a fresh start. This is also an opportunity to be relieved of any financial obstacles preventing them from continued use of valuable library services.

In Orange County, cities with a high percentage of children under 18 years of age living in poverty also see a higher number of patrons blocked from using library services because of overdue fines on their accounts. In 2019, The American Library Association passed a resolution asserting that library fines create an economic barrier to access library materials and services and urge libraries to actively move toward eliminating fines.

“During the COVID-19 pandemic, OC Public Libraries implemented the longest removal of late fines to lessen financial disparities experienced by the Orange County community with no negative impact on the library budget. In reality, the fine system costs more to implement than the fines recovered, and it deters residents from using the libraries. It’s time for change.” said Supervisor Katrina Foley, Second District.

On November 23, all overdue fines will be waived for all library cardholders. Those with outstanding items are invited back to the library to return overdue or lost items and will be given a fresh start at enjoying library services once again. Library items will still have due dates, and eligible items will continue to be auto-renewed. If an item is returned beyond the due date, no overdue fines will be charged. The library will still collect fines for lost or damaged items.

“Library users across Orange County will be excited for this new era of library services,” said Supervisor Lisa Bartlett, Fifth District. “Now is the time to come back to the library!”