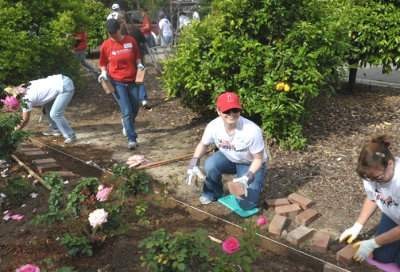 The Children Garden is a part of the museum’s natural area which also includes two farms and a swamp. The purpose of the children’s garden often called a “Sensory Garden” by student visitors from Mitchel Development Center is to help develop and mature their sensory skills. Many students at this center are autistic and the garden plays a vital role in enhancing their skills. When the garden is not use for this purpose, school age youth in Pre-K and Kindergarten plant seeds in one of our many educational programs called Change of Seasons. END_OF_DOCUMENT_TOKEN_TO_BE_REPLACED