At approximately 1:10 p.m. on Nov. 3, 2015, Horta drove a van while under the influence of narcotics, traveling at approximately 30 mph while approaching the intersection of McFadden Avenue and Cedar Street in Santa Ana. The defendant slowly veered the van to his right and drove over a curb onto the sidewalk. The defendant hit and ran over 24-year-old Marcello Bisarello, who was sitting on the sidewalk. END_OF_DOCUMENT_TOKEN_TO_BE_REPLACED 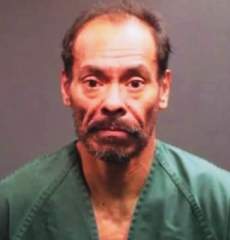 SANTA ANA, Calif. – A drunken driver is scheduled to be arraigned today for hit-and-run crash that killed a pedestrian sitting on a sidewalk. Ramon Horta, 55, Santa Ana, is charged with one felony count of murder, one felony count of driving under the influence of alcohol causing bodily injury, hit and run with permanent injury or death, one misdemeanor count of driving on a suspended license due to a prior DUI, and sentencing enhancements for inflicting great bodily injury. If convicted, he faces a maximum sentence of 15 years to life in state prison. He is being held on $1 million bail and is expected to be arraigned today in Department CJ-1, Central Jail, Santa Ana. The time is to be determined. END_OF_DOCUMENT_TOKEN_TO_BE_REPLACED