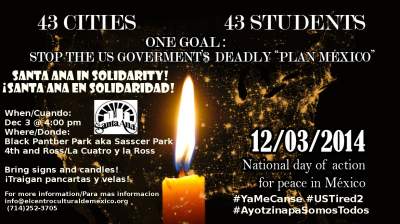 The event will be held at 4pm at Sasscer Park, located at 4th St. and Ross St., in Santa Ana. END_OF_DOCUMENT_TOKEN_TO_BE_REPLACED