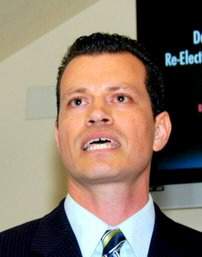 ECCO coordinated Orange County’s efforts to pass state laws that: prohibit discrimination against Gays and Lesbians; establish a domestic partner registry; and give students an added level of protection in school, according to their website.  They also have been involved in the fight against Prop. 8, which made gay marriage illegal in California. Prop. 8 passed overwhelmingly in Santa Ana. END_OF_DOCUMENT_TOKEN_TO_BE_REPLACED