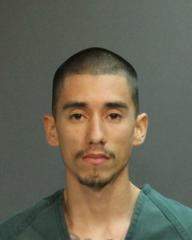 On 2/20/2009 at approximately 1224 hours, officers responded to a shots fired call at 100 W. Memory Lane with one victim down. Upon arrival, they found the victim, identified as 18 year old Julio Cesar Zavala lying on the ground in the Main Place Mall parking lot. He was suffering from gunshot wounds to his upper torso. Witnesses stated a second victim, who was in the vehicle, fled the scene on foot into the mall. Santa Ana Fire Department Paramedics responded to the scene and transported the victim to UCI Medical Center where he succumbed to his injuries. END_OF_DOCUMENT_TOKEN_TO_BE_REPLACED