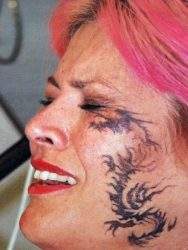 Clapp ran over Chavez as he was walking in a crosswalk at Bristol Street and Central Ave. at around 2:15 a.m. SAPD police investigators said that Clapp ran a red light, in her SUV, when she hit Chavez. She then took off after she saw that he was injured. END_OF_DOCUMENT_TOKEN_TO_BE_REPLACED

Clapp allegedly got out of her car after the accident on April 20, and saw that Chavez was injured. But she did not stop to help him. Instead she took off and has been wanted by the police ever since. END_OF_DOCUMENT_TOKEN_TO_BE_REPLACED