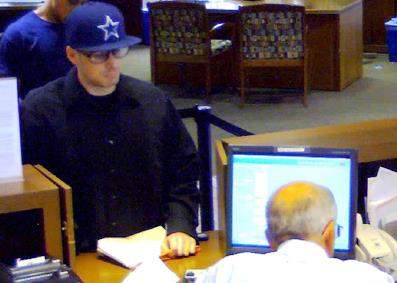 The man is reported to be between 25 and 30 years old.  He stands about 5′ 11″ and weighs about 150 pounds.  He walked into the bank wearing black sweater, blue jeans and a black Miami Heat sports cap with an orange bill, according to the Orange Police. END_OF_DOCUMENT_TOKEN_TO_BE_REPLACED