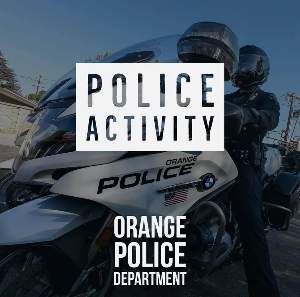 At 9:23 a.m. today, Orange Police Department officers responded to the area of Maple and Glassell after receiving reports of gunshots heard in the area.

On their area search, they located empty bullet casings.

This is an active scene and the public should avoid the area. No suspects or victims have been located. Updates will follow when available.

The shooting took place between the Orange Circle and Chapman University.

A search of the area appeared to lead police to a home on the east side of N. Glassell, as reported by Chapman university officials said on Twitter.

By 10 a.m., police had the area cordoned off and were beckoning the possible shooter out of the home, according to the O.C. Register.