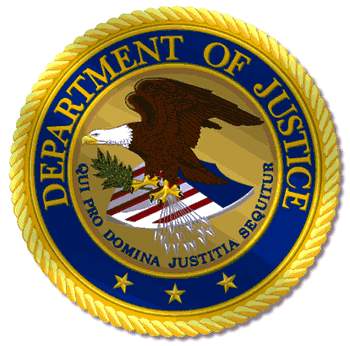 SANTA ANA, California – A Santa Ana Police officer was charged today with accepting $128,000 in bribes from a crime figure seeking to thwart law enforcement activities against his illegally operating businesses.

According to his plea agreement, Lopez served as a police officer with the Santa Ana Police Department (SAPD) from April 2016 to November 2020. From August 2019 until November 2020, Lopez received approximately $128,000 in bribes from an individual – named in court documents as “Co-Schemer 1” – seeking to influence Lopez in the performance of his official duties as a police officer, the plea agreement states.

In August 2019, Lopez accepted $16,000 in bribes from Co-Schemer 1, the plea agreement states. Lopez further admitted that one month later he solicited a bribe payment of at least $5,000 from Co-Schemer 1, who met Lopez – who was on duty and wearing his police uniform – during the late evening of September 14, on the top floor of a parking structure located directly across the street from SAPD headquarters. During this meeting, Lopez accepted Co-Schemer 1’s bribe payment, according to the plea agreement.

On the evening of November 2, Lopez – once again on duty, wearing his police uniform and driving an SAPD-marked vehicle – met Co-Schemer 1 at the corner of First and Fairview streets in Santa Ana, and accepted a $2,500 bribe payment.

Upon entering his guilty plea, Lopez will face a statutory maximum sentence of 10 years in federal prison.

This matter was investigated by the FBI, IRS Criminal Investigation, the United States Postal Inspection Service, the California Department of Justice, and the Santa Ana Police Department.

Response from the SAPD

Federal agents are investigating allegations that Officer Steven Lopez accepted bribes from an individual associated with illegal businesses in Santa Ana in exchange for his interference in Law Enforcement operations related to these illegal establishments while serving in his official capacity as a police officer. The Santa Ana Police Department has initiated an Internal Affairs investigation into the actions of Officer Lopez. Officer Lopez is currently assigned to his residence on administrative leave, and his peace officer powers have been suspended, pending the outcome of both investigations.

The Santa Ana Police Department promotes a culture of transparency, accountability, and building partnerships with the community we serve. The swift and decisive action to work in partnership with the investigating agencies reflects our values and commitment to ethical and professional policing services. The alleged conduct is egregious and a direct violation of our high moral standards of integrity to our esteemed public trust.

“The alleged conduct of this officer is a betrayal of the confidence we place in our officers in their service to the community,” said Mayor Vicente Sarmiento. “I am confident in the Chief of Police and the Police Department to respond to this incident and continue to hold all officers accountable for their actions.”

“The allegations against this officer tear at the core of what our industry represents and erodes the public trust we work so hard to uphold and maintain. I am thoroughly disappointed and angered by the alleged conduct of this indictment and it is not representative of our Department” said Chief David Valentin. “The residents of Santa Ana put their trust in our officers to uphold the law and the actions of this one isolated officer has violated that trust. Let me be absolutely clear, these charges should in no way be a reflection of the women and men who serve the community of Santa Ana with honor and integrity each and every day. I have ZERO tolerance for an officer who betrays their oath to protect and serve,” Chief Valentin added.