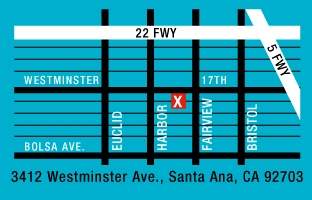 Garfias was busted during a routine traffic stop in the 3400 block of West 17th Street around 4 a.m. Officers said his pockets were stuffed full of jewelry and he had a business card for the swap mall. A few minutes later, police said they discovered Lugo, along with several duffel bags full of additional valuables, according to CBS News.

The mini mall is located in the 3500 block of Westminster Avenue, in Santa Ana.  Click here to see an online store directory.