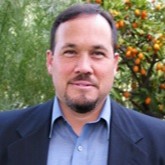 The CDA oversees programs for economic development, job training, affordable housing, and downtown development, so it needs a leader who can wear many hats.

Garcia brings a diverse professional background to the job, having worked most recently in the public sector for the cities of Pico Rivera and Norwalk, and previously in the private sector as a redevelopment and real estate consultant to cities throughout California.

Garcia has now returned to where his career began 29 years ago in CDA and Human Resources at the City of Santa Ana. Garcia was also elected to the Santa Ana City Council back in November of 2002, when he beat five competitors in Ward 6 with 42.5% of the vote. At the time Garcia joined Mayor Miguel Pulido, and incumbents Jose Solorio and Claudia Alvarez to form a Latino majority on the seven-member council.

Garcia has a bachelor’s in political science from UC Irvine and a Master’s in Public Administration from Cal State Fullerton. He is a longtime resident of Santa Ana and enjoys his quick 4-mile drive to work from south Santa Ana after 16 years of driving into Los Angeles.