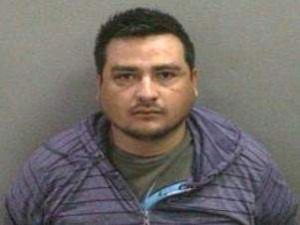 SANTA ANA – A man faces trial today for killing a pedestrian by crashing into the victim with his car and then fleeing the scene. Victor Manuel Arredondo Anaya, 28, Santa Ana, is charged with one felony count of hit and run causing death and one misdemeanor count each of vehicular manslaughter without gross negligence and driving on a suspended license. If convicted, he faces a maximum sentence of four years in state prison. Opening statements are expected to begin this afternoon, Jan. 30, 2014, in Department C-38, Central Justice Center, Santa Ana. The time is to be determined.

The Santa Ana Police Department (SAPD) responded and investigated this case. Information regarding the crime and the make and model of the defendant’s car was provided to the media and public.

Anaya is accused of driving the vehicle nearby when contacted by officers. He is accused of having damage to his vehicle consistent with the crime and evidence collected at the collision scene.

At the time of the crime, Anaya is accused of driving on a suspended license stemming from a 2011 conviction for driving under the influence.