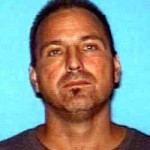 Co-defendant Diane Tran, 47, Costa Mesa, pleaded guilty on Jan. 24, 2014, to one felony count of voluntary manslaughter with a sentencing enhancement for being armed with a firearm in the commission of a felony. Norma Patricia Esparza and her child Kody Tran, Diane Tran’s husband, was also involved in the murder but died before charges were filed in this case. On March 25, 1995, Esparza went out with her sister to a bar and met 24-year-old Gonzalo Ramirez at the El Cortez Bar in Santa Ana.

On the morning of March 26, 1995, Esparza had breakfast at a restaurant in Santa Ana with Ramirez, her sister, and a friend. Ramirez later drove Esparza and her friend back to Esparza’s dorm room in Pomona. In early April 1995, Esparza subsequently called her ex-boyfriend, Van, and told him about Ramirez. Early on the morning of April 16, 1995, Ramirez left the bar with a friend. Gries followed Ramirez with Van and Kody Tran in a van as Ramirez drove away, intentionally rear-ending his vehicle, and forcing Ramirez to pull over. When Ramirez exited his car, Gries attacked him with Van and dragged the victim into the van. Ramirez’s friend saw the attack and attempted to help the victim, but the defendants threatened the victim’s friend.

The Santa Ana Police Department investigated this case, but it went cold. Sometime after the murder, Esparza moved to France with her husband. In that time, new evidence surfaced and when Esparza re-entered the United States in October 2012, landing in Boston, she was arrested and extradited back to Orange County to face charges related to Ramirez’s murder. Gries, Van, and Tran were arrested shortly thereafter.