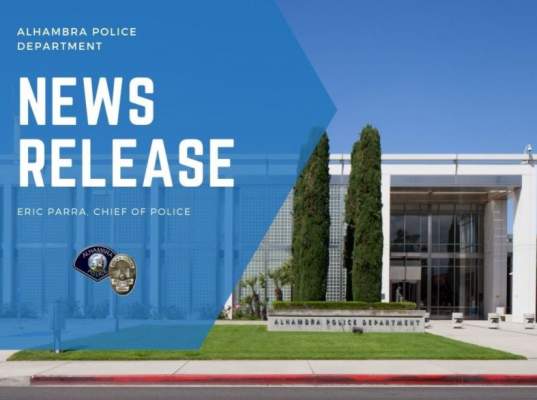 Marquez Juan Fuentes Lizardo, a 22-year-old Santa Ana man, was arrested by the Alhambra police on suspicion of murder and driving under the influence after a car crashed into a pole, killing the front passenger on Wednesday night, March 24.

On Wednesday, March 24, 2021, at 9:43 PM Alhambra Police Department officers responded to a call of a single vehicle collision at 3000 W. Valley Blvd. Upon the officer’s arrival, they located a 4-door sedan with major collision damage to the right side.

An unresponsive 21-year-old female was in the front passenger seat of the vehicle. Alhambra Fire Department personnel arrived and transported the female to a local area trauma center with major injuries. Despite life-saving efforts by the Alhambra Fire Department and hospital staff, the female was ultimately pronounced deceased. The female’s identity is being withheld at this time pending positive identification and notification to the next-of-kin.