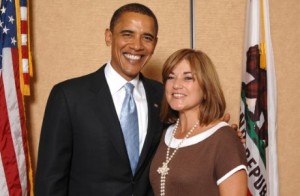 WASHINGTON, D.C. – Congresswoman Loretta Sanchez (CA-47) released the following statement today in response to the President’s announcement on his new student loan debt payments program. President Obama will issue an executive order to reduce the maximum percentage of income that students will pay toward their student loans to 10 percent. These 1.6 million current students will also be eligible for loan forgiveness in twenty years instead of twenty-five.

“Given that California’s public universities have recently enacted the highest average tuition increase of any state, more than a 20 percent increase, this seems especially fitting. Higher education will ensure the success of our nation’s next generation and I’m doing all I can in Congress to make certain America has the most highly educated workforce in the world, with the skills to shape America for the future.”