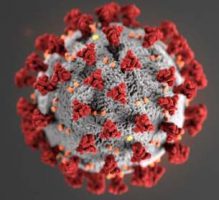 ORANGE, Ca. (March 24, 2020): An inmate in Orange County Jail has tested positive for COVID-19. The inmate, a man in his 40s, was booked into the Orange County Jail on June 17, 2018 on suspicion of child endangerment, torture, false imprisonment and assault with a deadly weapon.

The inmate was recently isolated for flu-like symptoms, and was administered a test for COVID-19. The positive test results were returned today. The inmate remains in isolation receiving medical treatment with moderate symptoms, and at this time does not require hospitalization.

Prior to exhibiting symptoms, the inmate was housed at the Central Men’s Jail in Santa Ana in barracks housing. The Orange County Jail employs an electronic card system inside the facility, which will enable the Department to identify all inmates and staff who have had contact with the inmate to notify them of the potential exposure.

Inmates who have potentially been exposed will be closely monitored for symptoms and their movement inside the jail will be restricted for up to 14 days. If an inmate begins to exhibit symptoms, the Department will follow the Communicable Disease protocol and the inmate will be isolated. The OC Health Care Agency’s Correctional Health Services staff will provide appropriate medical care and testing.

“We have been proactive in implementing containment strategies, and now will be activating our Communicable Disease protocol to safeguard the inmates and staff at the Orange County Jail,” said Orange County Sheriff Don Barnes.

To date, twelve inmates have been isolated due to flu-like symptoms, and eight have had negative COVID-19 or flu test results. The remaining three inmates are isolated pending test results.