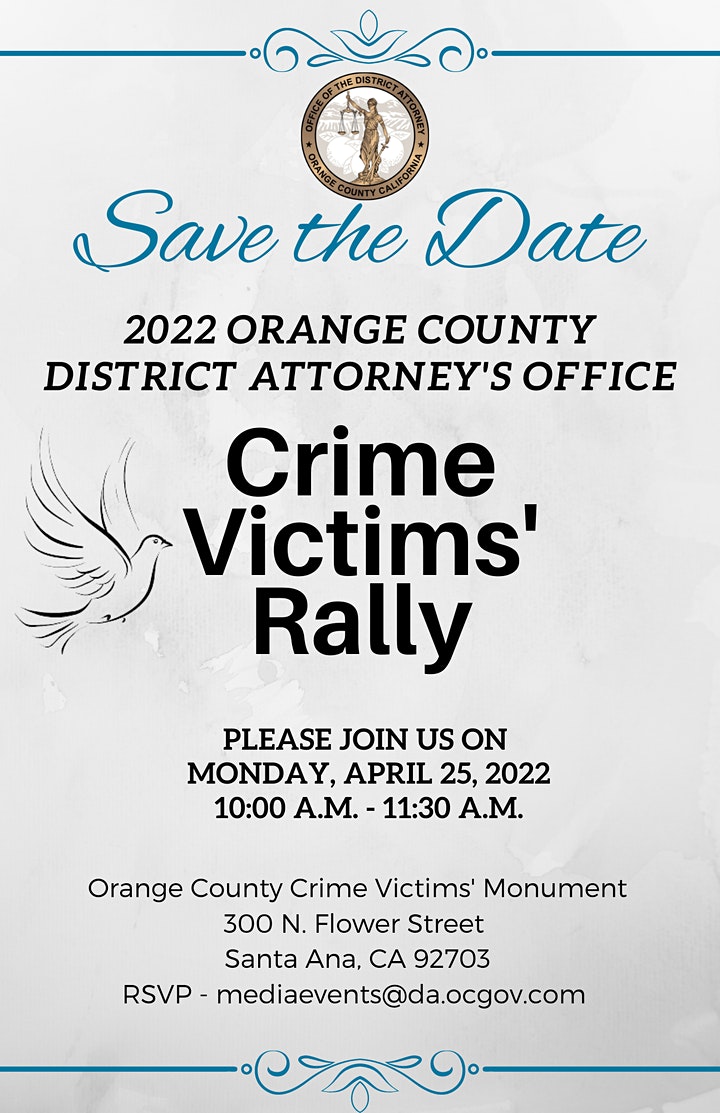 The event, held as part of National Crime Victims’ Rights Week, is an opportunity to honor victims and listen to survivors tell their stories of how they are moving forward and reshaping their lives – and how they continue to fight for victims’ rights.

We will never leave your side

In person attendance is restricted to invited guests and credentialed members of the media.

This year’s speakers include:

The event will also be livestreamed on the Orange County District Attorney’s Office Facebook page.

Any person who may protest the Crime Victims’ Rally in person will be directed to a designated public space where true expression is welcome.