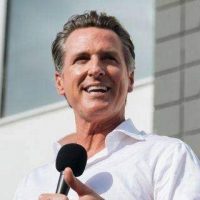 « What will happen after the Santa Ana Recall Election?
Restorative Justice supporter to run for Ward 5 of the Santa Ana City Council »