O.C. street racer arrested in New Mexico for the murder of an L.A. woman on Christmas Day 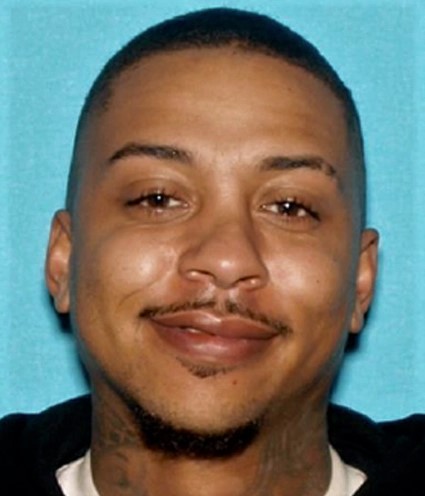 Dante Chapple Young, a 28-year-old resident of Orange County, has been arrested as the suspect responsible for the murder of Elyzza Guajaca on Christmas Day. The LAPD announced the arrest at a news conference today.

On January 13, 2023, Young was apprehended in Albuquerque, New Mexico for 187(A) PC – Murder, for taking the life of Guajaca at the scene of an illegal street takeover.

Young will be held in Albuquerque on an arrest warrant pending extradition to Los Angeles, California with a bail amount of $2,020,000.

The Los Angeles Police Department’s South Traffic Division detectives are asking for the public’s help in identifying a suspect involved in a fatal hit-and-run collision that killed a pedestrian and injured several other bystanders. Detectives are also attempting to locate and identify additional witnesses and victims injured in the collision.

On December 25, 2022, around 9:05 p.m., a vehicle engaged in exhibition of speed at an illegal street takeover lost control, ran off the roadway, and collided into a group of spectators on the northwest corner of Florence Avenue and Crenshaw Boulevard.

The suspect fled the scene without stopping to rendering aid to the victims. Los Angeles Fire Department paramedics responded and transported a female victim to a nearby hospital where she later succumbed to her injuries. The identity of the female victim is not being released pending next of kin notification.

Drivers are reminded that if they become involved in a collision, they should pull over and stop as soon as it is safe to do so, notify emergency services, and remain at the scene to identify themselves.

On April 15, 2015, the City Council amended the Los Angeles Administrative Code and created a Hit-and-Run Reward Program Trust Fund. A reward of up to $50,000 is available to community members that provide information leading to the offender’s identification, apprehension, and conviction or resolution through a civil compromise.

Anyone with information is encouraged to contact Officer Cha, Serial No. 37724 or Detective Moreno, Serial No. 32013, South Traffic Division at 323-421-2500. During non-business hours, or on weekends, calls should be directed to the South Traffic Watch Commander at 323-421-2577 or contact 1-877-LAPD-24-7 (877-527-3247). Anyone wishing to remain anonymous should call the LA Regional Crime Stoppers at 1-800-222-TIPS (800-222-8477) or go directly to www.lacrimestoppers.org. Tipsters may also visit www.lapdonline.org and click on “Anonymous Web Tips” under the “Get Involved-Crime Stoppers” menu. Tipsters may also download the “P3 Tips” mobile application and select the LA Regional Crime Stoppers as their local program.