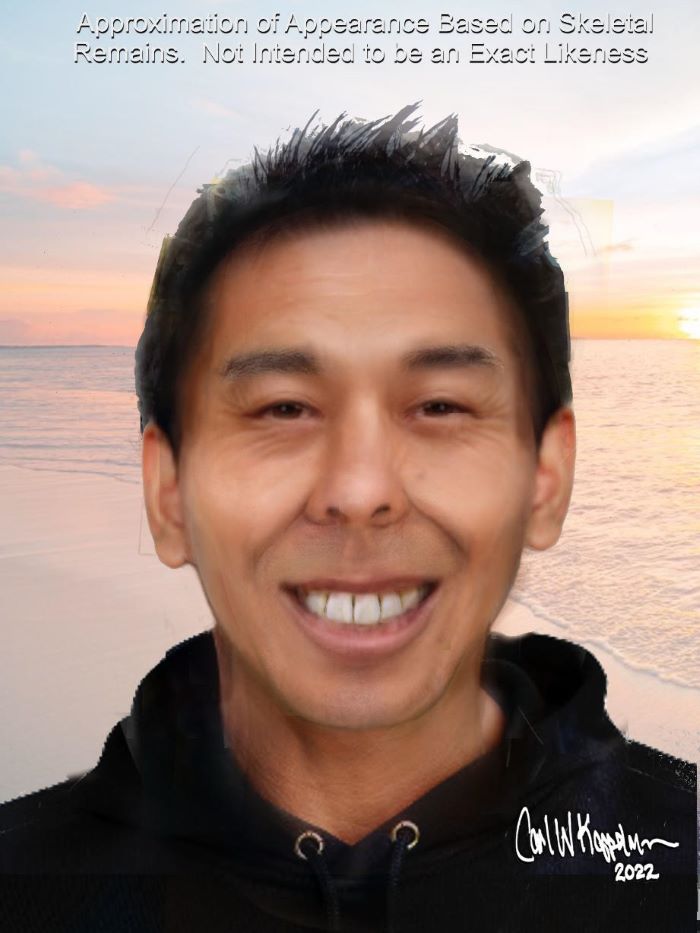 Santa Ana, Ca. (November 7, 2022): Orange County Sheriff’s investigators have released an updated forensic rendering of a 2013 John Doe in an effort to identify the man and generate new leads on his homicide case.

On Dec. 24, 2013, the decedent’s body was found by a commercial fishing vessel approximately a mile off the coast of Newport Beach. At the time, investigators estimated the man was Caucasian or possibly Latin American. However due to the condition of the body, his ethnicity could not be confirmed.

Despite their investigation and efforts to identify the man, the case went cold.

OC Sheriff homicide investigators in October 2021 revisited the case and submitted DNA collected from a bone extraction technique to develop a genetic profile on the decedent. Based on this new genetic information, investigators believe the man is primarily of Chinese descent.

Sheriff’s investigators partnered with forensic artist Carl Koppelman to develop an updated rendering based on the genetic profile.

Anyone who recognizes John Doe or may have information on his case is asked to contact the Sheriff’s Homicide Bureau at 714-647-7055 or email coldcase@ocsheriff.gov. Anonymous tips may be submitted to OC Crime Stoppers at 855-TIP-OCCS (855-847-6227) or at occrimestoppers.org.