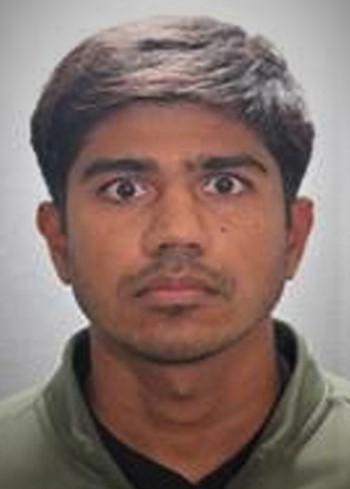 Deep Ketan Vora, 30, a Lake Forest man, was arrested by Tustin Police and is facing charges related to a series of rapes and sexual assaults of women he met on a dating site, according to the OCDA.

Vora was arrested at LAX on Sunday as he was returning from a trip to India.

Vora’s felony charges include counts of rape by force, one felony count of false imprisonment affected by violence, menace, fraud or deceit, one felony count of attempted kidnapping to commit rape, and three felony counts of sexual penetration by foreign object and force. Vora was also charged with one count each of forced oral copulation, assault with the intent to commit a sexual offense and sexual battery.

The OCDA is alleging that Vora attacked three women he met on a dating site between September 2021 and September 2022.

Vora called himself “Jay” on the dating app. The OCDA did not reveal which dating app was used by Vora.

Authorities ask anyone with additional information about Vora, or who may have been victimized by him, to contact Tustin police Detective Charles Carter at 714- 573-3249 or ccarter@tustinca.org.