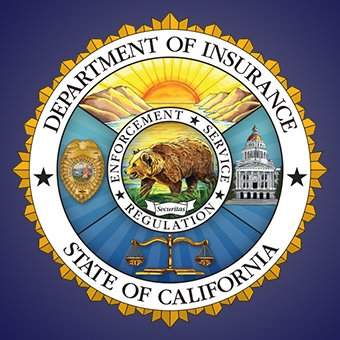 ORANGE, Calif. — Robert Andrew Lotter, 63, of Newport Beach, and Charles Albert Major, 72, of Irvine, were arrested today on multiple felony counts of securities violations and burglary after allegedly defrauding more than 20 victims of over $4 million.

An investigation by the California Department of Insurance alleges that between 2003 and 2018, Lotter and Major fraudulently solicited and sold victims more than $4 million in stock certificates in Lotter’s companies, eAgency, Inc. and Mymobilewatchdog, Inc.

Lotter’s insurance agency led several victims to believe the agency was authorized or affiliated with the California State Teacher’s Retirement System (CalSTRS) that provides retirement pension advice to California public school educators. Some victims did not discover it was not authorized or affiliated with CalSTRS until after they had invested substantial funds in eAgency, Inc. and Mymobilewatchdog, Inc.

“Even though these insurance agents had a fiduciary responsibility to represent their clients’ best interest, they allegedly put greed above their clients’ needs,” said Insurance Commissioner Ricardo Lara. “Their arrest shows the Department of Insurance will persist in investigating and stopping insurance professionals who put their clients at financial risk.”

Between 2003 and 2018, Lotter and Major continued to lure victims with assurances that profits from eAgency, Inc. and Mymobilewatchdog, Inc. were “just around the corner.” They claimed to have partnerships with large internet companies and prominent mobile carriers. They showed clients newspaper articles and televised interviews featuring Lotter to cement victims’ confidence in their investments and mitigate concerns victims had about their investments and the continued delays of their investment returns.

Lotter’s companies, eAgency, Inc. and Mymobilewatchdog, Inc., had poor financial statuses including unpaid financial obligations to prior investors. Lotter and Major did not make their clients aware of the poor financial statuses of the companies and they did not notify victims when the alleged lucrative partnerships fell through. Victims were led to believe their investments in eAgency, Inc. and Mymobilewatchdog, Inc. were still viable.

Lotter and Major were booked into Orange County Jail. Bail was set at $4 million for Lotter and $2 million for Major. This case is being prosecuted by the Major Fraud Unit of the Orange County District Attorney’s office. The Department is also taking the appropriate administrative action against the licensees and the various insurance agencies they managed.