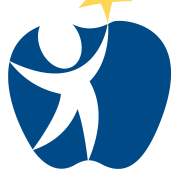 SANTA ANA, Calif. (October 7, 2020) – A newly released analysis reveals a harsh landscape for Orange County’s working parents hoping to find affordable child care, especially for those who need it for their infants or toddlers: There are currently only enough licensed slots to care for 5 percent of the county’s children between the ages of 0 and 2.

Meanwhile, the Orange County Child Care Landscape Analysis – directed by First 5 Orange County, Children and Families Commission – found that even if only one-third of infants and toddlers in Orange County required child care, there would still only be enough licensed capacity for one in seven children. Exacerbating the lack of licensed child care spots, many Orange County working families are stymied by the high price of care, which average $15,650 yearly for one child and more than $26,000 for two children in full-time, licensed care.  The high price of care and lack of availability are functions of the high costs to deliver care, and other factors included in the full report.

And the COVID-19 pandemic has only deepened the crisis. Nearly half of Orange County’s child care providers closed their programs from mid-March to early June, and then began reopening with new requirements and reduced capacities to maintain social distancing guidelines.

“Young children’s brains are staggeringly busy and grow exponentially every day, making over one million neural connections literally every second,” said Ramin Baschshi, M.D., chair of First 5 Orange County, Children and Families Commission. “Quality child care is critically important because it supports children’s emotional, social and cognitive development. It is incumbent upon all of us to work together to increase quality child care, especially for the county’s most vulnerable families who are often working several jobs to keep food on the table.”

Kimberly Goll, president and chief executive officer of First 5 Orange County, said: “Quality care that is both affordable and accessible is a critical component of parents’ and other caregivers’ ability to continue to participate in the workforce. Our analysis has found significant challenges in families’ abilities not only to find, but also afford, such care.”

Goll continued: “We’re calling on all sectors of the Orange County community – parents, child care providers, business and civic leaders – to join us as we work toward finding solutions to an issue that ultimately impacts all of us as a community.”

Released today following more than 6-months of research and analysis, the Orange County Child Care Landscape Analysis is the first phase of a three-phase initiative that First 5 Orange County officials hope will lead to policy recommendations and solutions at the local and state levels aimed at substantially increasing both the quantity and affordability of quality child care.

During the first phase analysis, First 5 Orange County sought to understand the availability and type of child care offered for young children in Orange County; the flow of public funding entering the county; and the key providers and partners involved in providing child care. The study involved extensive input and data gathering from child care providers and other key stakeholders. One family child care provider in Anaheim noted, “What we [family child care providers] hear the most is the need for infant care and nontraditional hours. We are located in Anaheim and are open nearly 24/7. We are not open on Sundays but we consistently have a lot of demand for weekends.”

When the pandemic hit in early 2020, First 5 Orange County was already exploring ways to address the county’s great need for infant and toddler child care. As more families and child care facilities were impacted by COVID-19, it became clear that the child care system – while a critical underpinning to the local economy – is fragile and ripe for systemwide improvements.

In response to the pandemic, First 5 Orange County used its vast network to bolster support for child care facilities.  Measures ranged from procuring essential supplies and personal protective equipment for child care centers, to creating a resources webpage to assist families with young children in categories that included Connection to Services, Health and Mental Health, Child Care, Food & Supplies, and Tips for Talking to Your Child About COVID-19.

During the second phase, which is currently underway, First 5 Orange County is investigating the impacts the child care crisis is having on Orange County employers and the county’s economy, including the negative effects on businesses as employees are forced to disrupt their work schedules or even abandon the workforce – and may ultimately put caregivers careers on hold – due to child care issues. They’re also exploring in-depth the crisis’ direct emotional and financial impacts on working parents and caregivers.

It is already becoming apparent that the impacts on businesses and individuals’ careers are substantial, according to Lucy Dunn, president and chief executive officer of the Orange County Business Council.

“Even from First 5 Orange County’s initial analysis, we are starting to realize the breadth of the negative impacts this issue is having on employers and workers alike,” Dunn said. “Not only are we finding that many people need to remove themselves from the workforce altogether, but also that employers are impacted when their workforce is late or needs to leave early because of child care issues. A lack of quality affordable child care is having a significant impact on employees’ lives and livelihoods, on businesses and productivity, and on our community as a whole.”

The third and final phase of the initiative will entail developing a series of recommendations that will ultimately help solve the county’s child care crisis. Officials expect to present their full findings and recommendations sometime in 2021.

Following are just a few of the analysis’ first-phase findings: