Man convicted of stabbing his girlfriend to death and killing their two young sons, in Orange 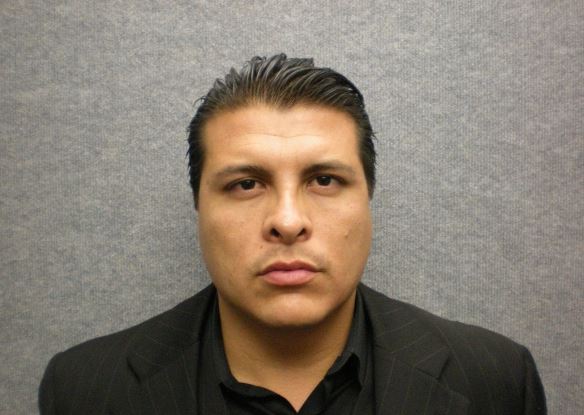 SANTA ANA, Calif. – A 42-year-old man was convicted today of stabbing one of his girlfriends to death and killing their two young sons in 2012. The children’s bodies were never located.

Today’s conviction comes on what would have been Fernando’s 12th birthday.

He faces a maximum sentence of life without the possibility of parole when he is sentenced on February 3, 2023.

Contreras’ body was found dumped in a gutter in Los Angeles County. She had been stabbed 48 times.

On April 12, 2012, Contreras brought the couple’s sons to Limas’ apartment in Orange. The police were called to the apartment after an argument broke out between the two. Conteras left, but returned later that same day with the boys.

Sometime on April 13 or 14, Limas stabbed Contreras and killed the two young boys. On April 14, he called his new girlfriend to say he had hurt his hands in a fight while out with friends.

Limas let the bodies of Conteras and boys rot in a balcony closet for 10 days while he continued to go to dance clubs, rented limos, and even had friends over to his apartment.

Limas bleached out the blood stains in his carpet and moved furniture in his apartment to cover up the bleach stains.

On April 24, Limas loaded Contreras’ body into a large chest and drove a U-Haul rented in someone’s name to dump her body in an industrial area in Los Angeles County. Limas then drove the U-Haul an additional 100 miles after dumping Contreras’ body. It is believed that Limas disposed of the bodies of 16-month-old Fernando and 2-month-old Emanuel during that time.

Contreras’ body was found the next day. The remains of Fernando and Emanuel have yet to be recovered.
Limas broke his lease on his apartment a few days later. Management from the apartment contacted the Orange Police Department after workers reported a suspicious smell, blood spatter on walls and pools of blood under the bleached carpet.

Orange police arrested Limas following a high-speed chase on the 405 and the 5 freeways. Contreras’ phone was in his vehicle at the time he was arrested.

“He killed his entire family and threw them away like trash,” said Orange County District Attorney Todd Spitzer. “Arlet and little Fernando and Emmanuel did not deserve to have their lives so violently snuffed out by someone who cared only about himself and was willing to kill everyone and anyone who got in his way, including his own sons.”