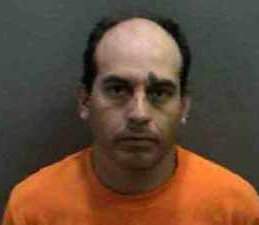 SANTA ANA – A man was convicted today of sexually assaulting two boys, ages 9 to 11, and possessing graphic amateur and commercial child pornography featuring young boys. Oscar Manuel Vaquera, 39, Anaheim, was found guilty by a jury of two felony counts of lewd acts on a child under 14, two felony counts of possession of child pornography, and one felony count of distributing child pornography with sentencing enhancement allegations for lewd acts against more than one victim and substantial sexual conduct with a child. He faces a maximum sentence of 33 years to life in state prison and lifetime sex offender registration at his sentencing Aug. 8, 2014, at 8:30 a.m. in Department C-34, Central Justice Center, Santa Ana.

At the time of the crimes, Vaquera lived in a bedroom in an Anaheim house. Other people, to whom the defendant was not related, also lived in other bedrooms in the home. Vaquera drilled a hole from his closet into the bathroom and secretly photographed and recorded young boys as they used the restroom and showered.

On one occasion between 2009 and 2011, Vaquera sexually assaulted John Doe #2 when the victim was between 9 and 11 years old. The victim is not related to the defendant. The defendant touched the victim’s penis while the victim was awake and video-recorded the sexual assault. This case also went unreported.

APD discovered the sexual assaults against John Doe #1 and John Doe #2 in the course of the investigation.