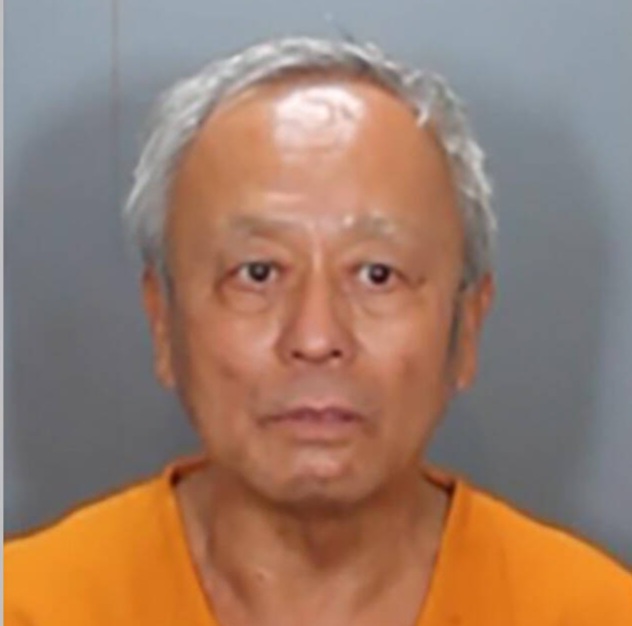 SANTA ANA, Calif. – A 68-year-old Las Vegas man has been charged with special circumstances murder and lying in wait for shooting a man to death and wounding five others inside a Laguna Woods church Sunday afternoon. Parishioners, including a 52-year-old doctor who was killed in the shooting, fought back against the shooter and hogtied him, holding him until Sheriff’s deputies arrived.

Chou faces a maximum sentence of death if convicted on all charges.

On Sunday, May 15, 2022 Chou is accused of entering Geneva Presbyterian Church in Laguna Woods with two 9 mm handguns, several backpacks including extra magazines and four Molotov-type cocktails. He is accused of hiding the backpacks in a church banquet hall, securing several of the banquet hall doors shut, and then mingling with parishioners who were there for a luncheon celebrating one of the church’s pastors.

Chou is accused of shooting several of the parishioners, including 52-year-old Dr. John Cheng who was there with his mother. According to witnesses, Dr. Cheng fought back against the shooter, but was fatally shot. When the shooter’s gun jammed several other parishioners attacked the shooter, hitting him with a chair and hogtying him with an electrical cord until Sheriff’s deputies arrived.

Five of the parishioners were wounded in the attack, ranging in age from 66 to 92 years old. All of the wounded were transported to Orange County trauma centers and they are all expected to survive.

“This monster crafted a diabolical plan to lock the church doors with his victims inside in order to lead what he thought were innocent lambs to slaughter,” said Orange County District Attorney Todd Spitzer. “But what he didn’t realize was the parishioners at the church that day weren’t lambs – they were lions and they fought back against the evil that tried to infiltrate their house of worship. Good will always win over evil and hate will not be tolerated anywhere in Orange County. Dr. John Cheng is the embodiment of everything good and he laid down his life to protect dozens of others, including his own mother. That act of pure selflessness and heroism will not be forgotten.”

The Orange County District Attorney’s Office is working in conjunction with the Orange County Sheriff’s Department and the Federal Bureau of Investigation in connection with a federal hate crimes investigation. The criminal complaint can be amended to add additional charges.

Chou is scheduled to be arraigned in C55 today. Chou will be held on no bail because of the special circumstance murder charge.