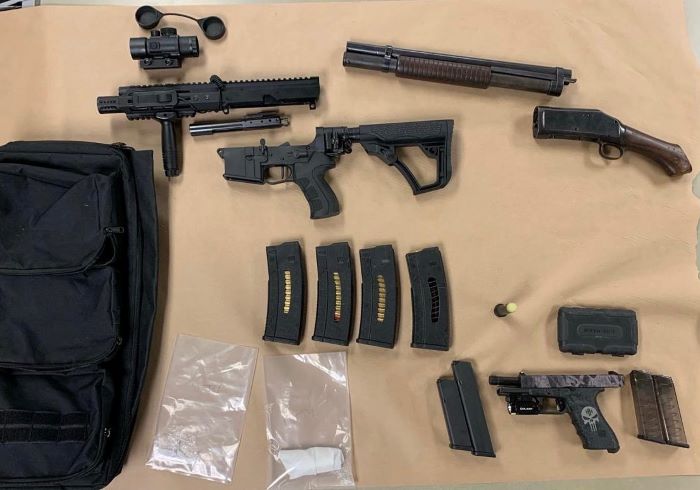 Recently, Costa Mesa Police Gang Investigators learned that a known convicted felon was possibly in possession of firearms. While working with OC Probation, Gang Investigators contacted the suspect who then told them where the weapons were being held by someone else in Costa Mesa.

They found a sawed-off shotgun, a privately made AR-15 style rifle with no serial number, and several high-capacity rifle magazines.

The man knew that the convicted felon had been arrested and so was attempting to move the weapons when he was stopped by us.

The Gang Investigators also searched the man’s residence and found a handgun and small amounts of fentanyl and methamphetamine.

Needless to say, both were arrested.

Due to this being an ongoing Gang Investigation the Costa Mesa Police Department is not releasing the names of the arrestees.