Former SAUSD School Board Trustee Nadia Maria Davis Lockyer, who went on to marry former CA State Treasurer Bill Lockyer (who was old enough to be her grandfather) and got elected to a County Board of Supervisors in the Bay Area is in trouble yet again. She was apparently arrested last night in Huntington Beach, according to the Huntington Beach Police arrest log.

The HB Police arrest log indicates that Davis Lockyer allegedly “Obstructed/Resisted” an Executive Officer. A second charge of “cruelty to child with possible injury or death” is also noted in the arrest log. 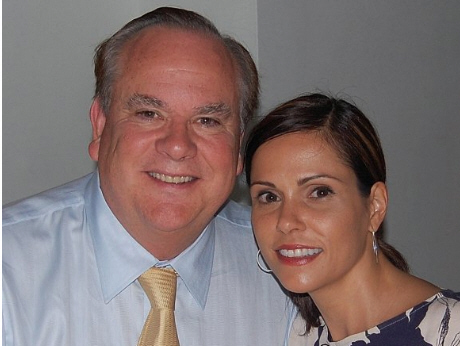 Nadia Davis Lockyer and her husband Bill in happier times

Davis Lockyer was previously arrested on suspicion of battery of a spouse a year ago, on July 7, 2017, according to the Sacramento Bee, which reported that she was arrested for being drunk, yelling and throwing things. She reportedly had a blood alcohol content of .22 percent at the time of her arrest. Her husband, Bill Lockyer, 76, reportedly suffered a minor injury.

Davis Lockyer had to resign from her Supervisorial seat after getting caught up in a meth scandal with a man she met in rehab.