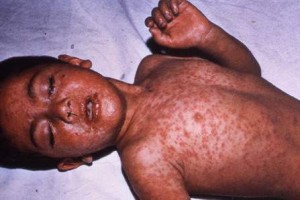 (Santa Ana) – The Orange County Health Care Agency has confirmed five cases of measles in Orange County in the last nine weeks, which is consistent with an increase seen throughout California. These cases raise the possibility that Orange County residents may be exposed to measles. The most recent case spent time in public locations in Orange County while contagious.

Staff at the Health Care Agency has been working with these locations to contact people who may have had a prolonged exposure to this case. The risk of developing infection after brief encounters with persons with measles is low, but as a precaution, people who were in the below locations around the same time as the individual with measles should:

Review their vaccination history if they have not previously had the measles; people who have not had measles or the measles vaccine are at higher risk after an exposure, so they should talk with a health care provider about receiving MMR vaccination.
Monitor themselves for illness with fever and/or an unexplained rash from 7 days to 21 days after their exposure (the time period when symptoms may develop); if symptoms develop, contact a health care provider immediately.

Measles is a rare disease in the United States and in regions of the world where vaccination coverage is high. Maintaining high vaccination rates is vital to preventing outbreaks of disease in our community.

To learn more about measles, visit the Centers for Disease Control and Prevention or the Orange County Health Care Agency.
# # #