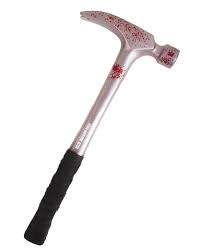 Israel Lamadrid Zubiate a 28-year-old man. was charged Tuesday with attacking four people in an attack in Santa Ana.

Zubiate attacked the victims at about 7:20 p.m. on Sunday at 1500 E. 17th St., between Grand and Tustin avenues, East of a Target store, according to the SAPD.

Zubiate is facing felon charges of four counts of attempted murder, two counts of criminal threats and a count of assault with a deadly weapon.

Zubiate is also charged with single misdemeanor counts of assault and battery and faces sentencing enhancements for attempted premeditated murder and personal use of a deadly weapon.

Zubiate’s hearing is set for Dec. 12 at the Central Justice Center in Santa Ana. He did not enter a plea at his arraignment.

Zubiate previously pleaded guilty on January, 2020 to a felony count of kidnapping and a misdemeanor count of battery.

How in the world was Zubiate allowed to go about his business after that 2020 incident? He should still be locked up for that…