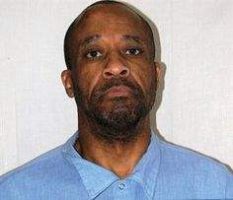 SANTA ANA, Calif.— The California Supreme Court affirmed yesterday the death penalty verdict for the “Bedroom Basher,” a serial rapist and murderer who committed a string of home invasion rape-murders in Orange County in the late 1970s. This affirmation followed the defendant’s automatic death penalty appeal.

In October 1998, Gerald Parker, a former Marine, was convicted by a jury of the first degree murders of Sandy Fry, Kimberly Rawlins, Marolyn Carleton, Chantal Green, Debora Kennedy, and Debora Senior, with the special circumstances enhancements for committing multiple murders and murder during the attempted commission or commission of a rape and burglary.

In 1978 and 1979, Parker was a staff sergeant in the Marine Corps and stationed in Orange County. He brutally sexually assaulted and bludgeoned six young women, killing five of them. The sixth woman survived the attack when she was nine months pregnant, but her unborn child died as a result of the attack. These crimes went unsolved until 1996, when DNA connected each of the murders to Parker, who was in prison on an unrelated parole violation.

On Dec. 1, 1978, Parker murdered 17-year-old Sandra Fry in Anaheim by entering through her kitchen window, watching her, hitting her over the head with a two-by-four, dragging her into her bedroom, raping her, and leaving her nude from the waist down.

On March 31, 1979, Parker murdered 21-year-old Kimberly Rawlins in Costa Mesa by entering her unlocked front door, hitting her over the head with a two-by-four while she was sleeping, raping her, and leaving her to bleed to death.

On or about Sept. 14, 1979, the defendant murdered 31-year-old Marolyn Carleton in Costa Mesa by bashing her head so hard it lacerated the brain tissue, sexually assaulting her, and leaving her for dead. As he was leaving, Parker bumped into Carleton’s 9-year-old son who asked, “What’s wrong with mommy?”

On Sept. 30, 1979, 20-year-old victim D. Green was nine months pregnant and living in Tustin with her husband who was in the Marine Corps. Parker entered the victim’s residence, hit her over the head, and raped the noticeably pregnant woman, resulting in unborn baby Chantal Green’s death. (It should be noted that the victim’s husband was wrongfully convicted in 1980 and later exonerated and released in 1996.)

On Oct. 6, 1979, Parker murdered 24-year-old Debora Kennedy in Tustin by entering her window, fracturing the victim’s head with a blunt instrument, raping her, and leaving her for dead.

On Oct. 20, 1979, the defendant murdered 17-year-old Debora Senior by entering through a window, striking her head with a two-by-four, raping her, and leaving her for dead.

In 1996, after DNA linked the physical evidence from the crime scenes to Parker, he was read his Miranda rights by Costa Mesa, Tustin, and Anaheim Police, respectively, five different times while he was incarcerated in state prison, waived his rights, and gave detailed confessions.

Orange County Deputy District Attorney Mike Jacobs (now retired) prosecuted this case. During the trial, the Orange County District Attorney’s Office (OCDA) introduced evidence as stated above, including Parker’s detailed confessions to each of the murders. During the guilt phase, the defense argued for second degree murder charges based on the defendant’s diminished capacity due to intoxication.

Furthermore, the OCDA presented victim impact statements for each of Parker’s victims. Fry was described as “very compassionate and loving; the kind of person who would bring home stray animals.” Her death tore apart her family. Rawlin’s family could not initially give her a grave marker, which destroyed one of her brothers. Carleton’s son recalled the night he found his mother bleeding and described his mother as “my friend, my teacher, my life …”. Kennedy was described as someone who would “give you the shirt off of her back,” and her family shared how her grandmother suffered a stroke right after her tragic death. Senior was remembered for “her smile, her laugh, and her kindness.” Her father died of a broken heart three years after her death.

Parker testified stating he was remorseful. He “liked killing women” and knew what he was doing and admitted it was wrong. He further stated he would have continued murdering if he had not been arrested. The defense also presented a psychiatrist who testified about the defendant’s deficient mental status.

The OCDA rebutted with Dr. Park Dietz’s testimony. Dr. Dietz testified that there was “no evidence at all” of psychotic disorder or organic brain damage and that Parker had an antisocial personality disorder that does not respond to treatment or discipline.

Parker appealed stating the following: 1) the OCDA wrongfully dismissed two African-American jurors; 2) his confessions should be suppressed because his Miranda rights were violated; 3) the trial court committed prejudicial error when it denied his request for instructions on the defense of unconsciousness by voluntary intoxication; 4) the victim impact statements were cumulative and prejudicial; 5) the defense attorney was prejudiced because he could not explicitly argue that the defendant “no longer posed a danger”; 6) California’s death penalty statute is not constitutional; and 7) there was cumulative prejudice.

The California Supreme Court rejected all of these arguments in a 66-page opinion.

“Bedroom Basher” Gerald Parker not only devastated all of these families in his callous, brutal rape and murders, but he struck terror in countless households who lived in fear of these unsolved murders. This case is a perfect example of how some murderers are so evil that the only punishment that even begins to address their heinous crimes is the death penalty. District Attorney Tony Rackauckas stated, “It is my hope that Parker’s victims and their families can sleep just a little better knowing that the California Supreme Court acknowledged that justice was served at sentencing and affirmed today.”

The OCDA would like to thank the California Attorney General for their vigorous defense of the appeal.