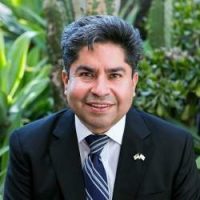 SANTA ANA, CA — City Councilman Jose Solorio announced a significant decline in homicides in Santa Ana and called on the police department to focus on enforcing anti-camping and related laws in order to continue the City’s progress reducing crime and making neighborhoods and business corridors safer.

As chair of the City’s public safety committee in 2017, Councilman Solorio led the effort to hire more police officers and championed the police department’s initiatives to increase the size of the gang unit and bring back a vice unit. Under Police Chief David Valentin’s leadership, the Department re-allocated resources to provide 7-day a week gang suppression and intervention enforcement, prioritize getting dangerous and illegal guns off the street, and begin to rebuild the vice and narcotics unit.

“These statistics are proof that our policing strategy is working,” Councilman Solorio said. “As we see the homicide rates go down, we must also make sure we’re tackling growing areas of concern, which is why I’m calling on the Santa Ana Police Department to focus on enforcing anti-camping laws and addressing the high number of crimes committed against or by homeless individuals.”

“We need new initiatives to help reduce neighborhood crimes that residents bring to our attention, enhance community-oriented policing programs, and continue to lower 911 response times. These steps will move us toward being a safer City,” continued Councilman Solorio.

As a result of the last collective bargaining agreement signed with the Santa Ana Police Officers Association, the City has been successful in recruiting and retaining more officers — a record 50 new officers were hired in 2019. Councilman Solorio also urges the City to continue to improve staffing, technology, and youth development programs to make all Santa Ana neighborhoods safer.

The Santa Ana Police Department compiles and reports on homicide data on a monthly basis. After being elected in 2016, Councilman Solorio asked police for ongoing reporting of crime statistics to track the progress of our City’s public safety initiatives and make appropriate changes to ensure the safety of Santa Ana’s residents.

Jose Solorio is a Santa Ana City Council Member. He previously represented the cities of Anaheim, Garden Grove and Santa Ana in the State Assembly for six years. He holds a bachelor’s degree from UC Irvine and a master’s degree in public policy from Harvard University.

« This week’s Cochino List includes Jack in the Box, D.D. Market and Crepe Maker
A Santa Ana man suspected of murder was killed in a fight with an O.C. jail inmate »