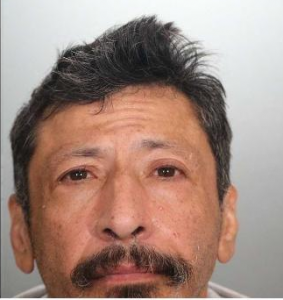 SANTA ANA, Calif. – A convicted felon living at a Seal Beach nursing home has been charged with sexually assaulting an 85-year-old woman suffering from dementia.

Louie Alonso Alberto, 52, of Seal Beach, has been charged with one felony count of sodomy of an incompetent person, and two felony counts of assault with the intent to commit a sexual offense. He faces a maximum sentence of seven years to life plus 10 years in state prison.

Alberto is scheduled to be arraigned on March 18, 2022 in CJ1. He is currently being held on $1 million bail.

Alberto was previously sentenced to prison for corporal injury on a spouse.

On March 1, 2022, at about 6:45 a.m., nurses at a skilled care nursing facility in Seal Beach responded to a female resident screaming. The nurses had to push through a wheelchair barricading the door to the woman’s room to find Alberto on top of the woman who was laying in her bed. Alberto is also accused of being found in the same woman’s room the day before.

“Sadly we have seen an inordinate amount of our Seal Beach seniors become unfairly victimized by individuals who see them as easy targets,” said Seal Beach Chief of Police Philip L. Gonshak. “A health and rehabilitation facility should be a place where people go to rest and recover. They certainly should never have to worry about being victimized while they’re healing. Our Detectives are working closely with the Orange County District Attorney’s Office to ensure any individual, including this alleged suspect, who preys on those less able to defend themselves are swiftly brought to justice.”

“Abuse comes in many forms, but it is the vulnerable and the defenseless who are most often targeted because they aren’t able to protect themselves,” said Orange County District Attorney Todd Spitzer. “Our elderly should be cared for with compassion and their legacies and lives treasured, not brutally victimized. No one should suffer the trauma of being sexually assaulted, especially in a place that is intended to provide care for people with dignity and respect. I’ve directed my bureau to conduct an investigation into how a convicted felon was placed in a facility where dementia patients were being treated. We are reviewing state law and regulations to see who was responsible for placing that individual in an environment that allowed him access to vulnerable individuals.”