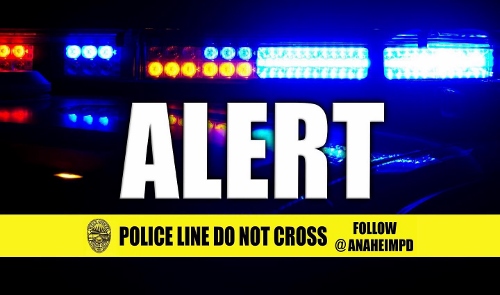 Anaheim Police homicide detectives have arrested a 17-year-old, male, resident of Anaheim for the shooting death of an unidentified male adult at the annual Anaheim Cinco de Mayo Festival.

On Sunday, May 1, 2022, just after 10 p.m., Anaheim Police Officers responded to gunshots on the north side of La Palma Park, in the City of Anaheim. The location was the site of the annual Anaheim Cinco de Mayo Festival.

Arriving officers located an adult male victim suffering from at least one gunshot wound. The victim was transported to a local area hospital where he was pronounced deceased. A group of juvenile subjects were also detained and a handgun was recovered at the scene.

The investigation revealed a fight erupted involving the group of juveniles. During the fight, a 17-year-old, male, resident of Anaheim fired a handgun. At least one gunshot struck the adult male victim who was a bystander, and not involved in the fight.

The juvenile suspect has been booked at Orange County Juvenile Hall on suspicion of murder, because of his age, no additional identifying information will be provided. The victim has not yet been publicly identified pending next of kin notification. Detectives are not releasing the reason for the fight that led to the shooting.

APD homicide detectives are asking anyone with information on this incident to call 714-321-3669 or Orange County Crime Stoppers at 855-TIP-OCCS.