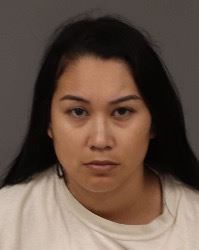 Margarita Rosales, a 32-year-old resident of Santa Ana has been identified as the DUI driver who caused a fatal collision on Saturday, in the Lake Elsinore area. Rosales was booked at the Cois Byrd Detention Center on charges of manslaughter, hit and run, and driving under the influence (DUI) causing injury.

On August 13, 2022, around 10:30 p.m., deputies assigned to the Riverside County Sheriff’s Department, Lake Elsinore Station, responded to a major traffic collision on Lake St and Lakeshore Dr. Deputies arrived within minutes and located two vehicles involved in the collision with one party unresponsive. Cal Fire arrived and immediately began lifesaving measures. Cal Fire pronounced the individual deceased at the scene. Two other passengers in the vehicle sustained major injuries and were transported to local hospitals. The other party, that caused the collision, fled the scene on foot and was apprehended by deputies.

The Lake Elsinore Traffic team responded and conducted the collision reconstruction investigation. It is believed alcohol and speed are factors in the collision. Names are being withheld pending notification by the Coroners Bureau.