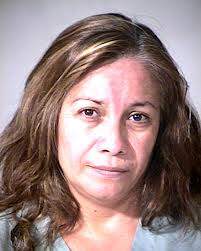 SANTA ANA – A woman was convicted and sentenced Tuesday to 13 years in state prison for kidnapping a newborn baby from Garden Grove Medical Center after searching multiple hospital rooms in two different hospitals for a baby to steal. Grisel Ramirez, 50, Garden Grove, pleaded guilty April 15, 2014, to one felony count of kidnapping of a child under 14 years old and five felony counts of first degree burglary with a sentencing enhancement for the kidnapping of a child to deprive the parent of custody.

At approximately 10:00 a.m. on Aug. 6, 2012, Ramirez entered Garden Grove Medical Center in Garden Grove wearing medical scrubs, a visitor tag, and carrying a large tote bag with the intention of kidnapping a newborn baby girl. She entered the individual hospital rooms of four new mothers and asked questions about their babies including the sex and date of birth.

Ramirez entered the hospital room of Jane Doe #5, a mother with a newborn baby girl, and distracted the mother by asking her to take a shower in preparation for moving hospital rooms. While the mother was distracted, Ramirez placed 1-day-old Baby Doe in her tote bag. She then left the room and attempted to flee from the hospital.

Ramirez was contacted by hospital staff while still inside and attempted to leave the hospital after an alarm on the baby’s identification tag alerted hospital staff that Baby Doe was being moved. The defendant was arrested at the scene by the Garden Grove Police Department, who investigated this case.

In the course of the investigation, it was determined that the Anaheim Police Department (APD) was investigating a similar case at Western Medical Center (WMC) in Anaheim. On July 26, 2012, Ramirez entered WMC dressed in medical scrubs and carried a tote bag with the intention of kidnapping a newborn baby girl. She entered at least one hospital room and asked a new mother questions about her baby including the sex and date of birth. The new mother reported the suspicious contact to the hospital and APD.

During the sentencing, Jane Doe #5 delivered a victim impact statement before the Court describing how she now lives in fear and does not trust anyone.