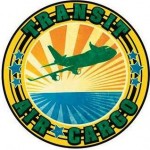 Transit Air Cargo ships trade show freight all over the world, and the San Diego Comic-Con was no exception. 73,803 pounds of freight was delivered by Transit Air Cargo to this popular event. With their 25th anniversary around the corner the shipping experts (and major comic book fanatics) decided that a souped-up logo and comic page depicting Transit Air Cargo’s mission, along with the real life employees cartooned into the comic page would be a unique gift for their hard work. It would boost employee spirit and morale, since the owner’s passing five years ago. His wife has taken over since then and the company still maintains their commitment to first class trade show shipping services. END_OF_DOCUMENT_TOKEN_TO_BE_REPLACED