Santa Ana, CA (October 5, 2017) — Today, the County of Orange commemorated the one-year anniversary of its first County homeless shelter, the Courtyard Transitional Center in Santa Ana. Board of Supervisors Vice Chair Andrew Do, First District, who was instrumental in bringing the Courtyard to fruition, visited with staff and residents at the shelter to signify the milestone.

“The Courtyard was a response to a homelessness crisis in the Santa Ana Civic Center, and it has made a significant impact on the lives of the individuals who have taken advantage of the resources provided,” said Supervisor Do. “We have seen tremendous success in the last 12 months, with more than 153 people from the Courtyard connected to housing and more than 125 who are employed. I have no doubt that we will continue to see people coming to the Courtyard as the first step in ending their homelessness.” END_OF_DOCUMENT_TOKEN_TO_BE_REPLACED 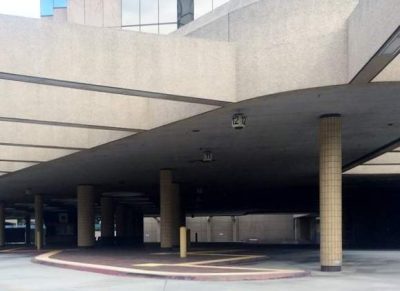 The City of Santa Ana is pleased to announce that the County of Orange has recently opened the ‘Courtyard’ a temporary transitional shelter for homeless individuals in the Civic Center. The Courtyard is located in the former Santa Ana Transit Terminal next to the Civic Center.

Further, the County of Orange entered into an agreement with Midnight Mission to provide homeless individuals with services and connections to service providers, health care, housing opportunities and a pathway to stability.  END_OF_DOCUMENT_TOKEN_TO_BE_REPLACED

A round-the-clock transitional center with emergency shelter beds and enhanced services for those without permanent housing who have congregated in the Orange County Civic Center has opened at the former Santa Ana Transit Terminal, which has been renamed “The Courtyard.”

About 225 lunches were served after the center opened Wednesday mid-morning; about 100 people reserved space to sleep overnight. END_OF_DOCUMENT_TOKEN_TO_BE_REPLACED