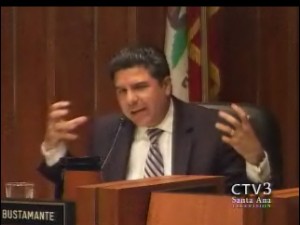 A source tipped me off that Bustamante’s wife, Adrianna, apparently filed for a legal separation on March 26, 2013. Attorney Steven P. Dragna is listed as the petitioner’s lawyer, according to court records. She filed under her full maiden name of Hilda Adrianna Pichardo.   END_OF_DOCUMENT_TOKEN_TO_BE_REPLACED