Robert Jesus Wilson, 53, a man convicted of stabbing 39-year-old Robert Carranza to death at Tustin’s Frontier Park, was sentenced Friday to 56-years-to-life in prison, according to the O.C. Register.

Wilson claimed that he acted in self-defense when he stabbed Carranza in the neck during a fight at Frontier Park at 3:15 in the afternoon. Wilson was on parole at the time of the attack. END_OF_DOCUMENT_TOKEN_TO_BE_REPLACED 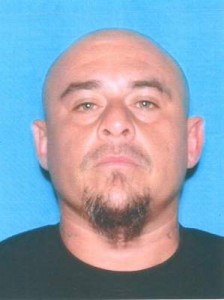 SANTA ANA, Calif. – A third-striker was charged today for stabbing and murdering a man at a park in Tustin. Robert Jesus Wilson, 51, is charged with one felony count of murder with a sentencing enhancement for the personal use of a deadly weapon and prior strike convictions for assault with a deadly weapon on a peace officer in 1998 and making criminal threats in 2014. If convicted, he faces a maximum sentence of 85 years to life in state prison. He is being held on $1 million bail. The scheduled arraignment was continued in court today to Sept. 18, 2015, at 10:00 a.m. in Department CJ-1, Central Jail, Santa Ana. END_OF_DOCUMENT_TOKEN_TO_BE_REPLACED