I have helped, over the past few years, to get rid of two “double-dippers” on the Coast Community College District’s Board of Education, Armando Ruiz and Walt Howald.  These guys were running, again and again, for office so they could pad their retirement – well into the mid-six figures per year!

But did you know that the Santa Ana Unified School District also has a “double-dipper?”

You may not be aware that Ms. Audrey Yamagata-Noji, who is the President of the SAUSD School Board, is also a “double-dipper”. She is in line to receive two very hefty pensions thanks to the taxpayers of California.

Despite the small stipend she earns as a SAUD board member, her years of service as an educator will be used to provide a second retirement with the Public Employees Retirement Sytem (PERS) for her board service. 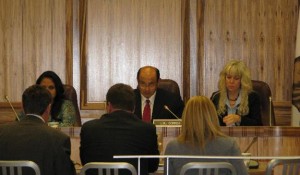